Hunt Roche opened their very first branch based in West Road, Shoeburyness in 1995. Today they have 6 local branches. The Shoeburyness office have re-located their flagship branch to stunning new high-profile premises on the corner of Ness Road. The re-development of this landmark building; Alexander Court has been a local talking point for many years and the Hunt Roche team are proud to be the building's first new residents! We measure our success by the huge number of clients we have moved time and time again along with recommendations from clients old and new.

Shoeburyness (also called "Shoebury") is a town east of Southend-on-Sea, at the mouth of the Thames Estuary, which offers access to London Fenchurch Street, from mainline railway (originally opened in 1884).

Shoeburyness is lucky to have two beaches - both of which have been awarded with blue flags. East Beach is a long sandy beach that is crowned with a large grassy area making it a superb location to enjoy a picnic. It is a popular part of the estuary for watersports and home to Essex Kitesurfing Club. Shoebury Common Beach offers facilities to launch boats and jet-skis and has a large number of beach huts along the promenade area. Located within the grassy verge is ‘Uncle Tom's Cabin’ which has been offering refreshments on site for many years and offers the perfect addition for a fun day beside the seaside for all the family.

The area offers a large variety of Schools.

Hinguar Primary School has a long back dated history. The original school was built in 1886 and in 2012 the ‘new Hinguar School’ located within the grounds of the Garrison development – a prestigious site offering close proximity to nature reserves, historical interest and Shoebury East Beach. The original Victorian School is currently being redeveloped which sympathetically restores and updates the original building and grounds into stunning family homes.

Shoeburyness High School is regarded as "Good with outstanding features" by Ofsted and has shown sustained improvement over the last few years. The school obtained its best ever results in the summer of 2010 with GCSE results just above the national average and the school's contextual value added score putting it in the top 25% of schools nationally.

Shoebury Garrison (referred to as ‘The Barracks’ by many of the locals) is a significant area of national importance. Through recent times the addition of modern executive homes has made an appearance, however retaining and the Grade II listed buildings and homes. The history, and setting, overlooking the mouth of the Thames Estuary, makes it a fascinating area to live and explore.

Located just outside the Garrison is the historic ‘Shoebury Hotel’, which was built in 1899 to replace the original tavern. Originally it played a major roll within the community, serving thirsty workers and soldiers from the local barracks after a hard days work. Although no longer a functioning hotel, the property was brought back to life in 2012 with a complete refurbishment and is now the rustic brasserie and wine bar.

There are a number of leisure facilities in the area including various parks, fishing ponds, restaurants, pubs with the added benefit of Southend airport just a 20 minute drive away. 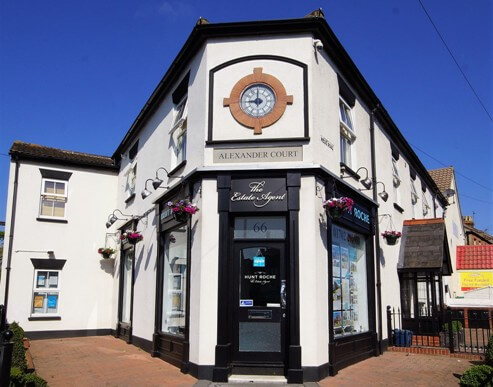 How can we help?

Here you can log in or sign up to the members area of our website. Once logged in you can amend your personal details, add/amend/delete email alerts and access your saved properties. New property alerts are sent to your requested email address at your selected frequency once we publish a new property or a price change takes place.

You can register here!